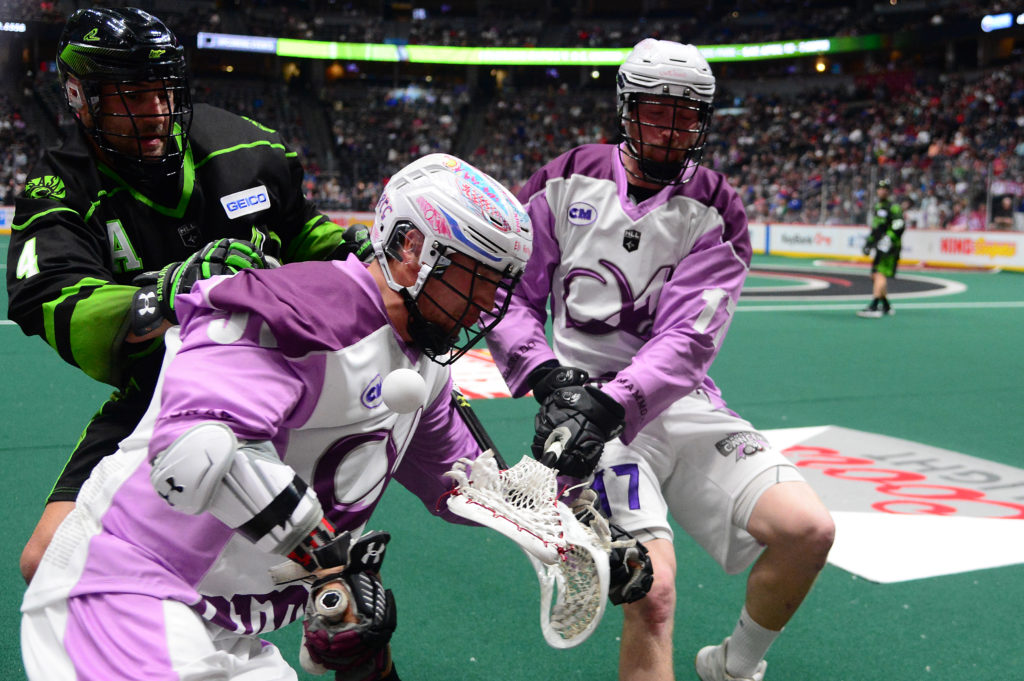 Colorado dropped a tough 9-7 defensive battle to Saskatchewan. With the loss, Colorado falls to 6-9 on the season and remains the fourth place team in the Western Division.

If you like defensive lacrosse, you were in luck tonight at the Loud House! Saskatchewan opened the scoring late in the first quarter courtesy of Jeff Schattler. His goal remained the only one scored throughout the opening period as both teams traded possessions back and forth. The lack of goals was thanks in large part to both goaltenders. Colorado’s Dillon Ward recorded almost 15 saves in the first quarter alone.

On offense, two unlikely heroes stole the show for Colorado. Jeff Wittig and Cory Vitarelli proved to be Colorado’s most effective pair on the floor tonight after the Rush successfully shut down both Eli McLaughlin and Kyle Killen through a majority of the contest. The pair both finished with two goals and Vitarelli tagged an assist onto that.

Colorado may have missed out of qualifying for the playoffs tonight, but very little damage was actually done. The Mammoth are battling for the final spot with the Vancouver Warriors. The Warriors did not have a game this weekend meaning that Colorado only gave up minimal ground. The Mammoth will have an opportunity to clinch a playoff berth again next week on home turf against Rochester.

The offense wasn’t pretty for a majority of the game. Saskatchewan successfully shut down both Eli McLaughlin and Kyle Killen, a feat that certainly isn’t easy. The good news for Colorado is that every quarter seemed to bring more life out of the offense. Additionally, while the offense was hard to watch at times tonight, it was relieving to see that Colorado has players absolutely capable of stepping up when the main offensive pieces break down. Cory Vitarelli and Jeff Wittig led the team in goals with two apiece and showed that the Mammoth have more offensive threats than previously thought.

As for the playoffs, Colorado’s chances to qualify are still very good. Let’s be honest here: the Mammoth will make the playoffs. There’s no doubt about that. Colorado is battling with Vancouver, a team they hold the tiebreaker over, for the final spot in the West and it would take an absolute catastrophe for Vancouver to qualify over Colorado. The only thing that is disappointing about tonight’s loss is the fact that it basically secures the Mammoth’s fate as the bottom seed in the West once the playoffs arrive. But hey, we’ll still have playoff lacrosse for the Mammoth for the 16th time in 17 seasons!

“It was kind of a weird game, a lot of back-and-forth, we had trouble getting into a rhythm. But the good thing is that the playoffs are still in our hands, the magic number is still at one. We’ll forget about this one, learn from our mistakes, and move on to the next one.” – Dillon Ward on tonight’s loss.

Colorado will be back in action on Friday April 12th against the Rochester Knighthwaks in the final home game of the regular season. Next Friday’s game is Fan Appreciation Night at the Pepsi Center as the team wants to thank fans for a tremendous 2018-19 season in the Loud House.