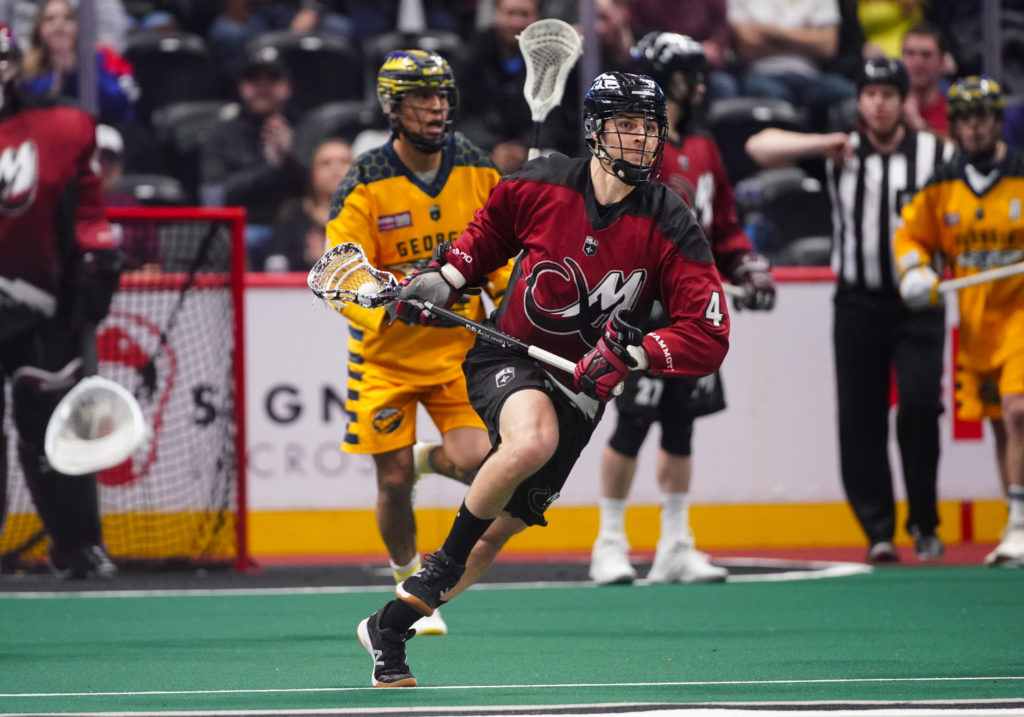 For the second week in a row, the Mammoth were able to take care of business. It didn’t start pretty, but in the end, Colorado defeated Georgia by a score of 10-8. With the win, Colorado improves to 3-5 while Georgia falls to 7-4.

The first big storyline has to do with scoring, or, in this case, the lack thereof. Neither team found the back of the net for the first nine minutes and the first quarter ended with just two goals, both in Georgia’s favor. Colorado didn’t find the back of the net until five-minutes into the second quarter thanks to Jordan Gilles.

Next, we have to talk about the scariest moment at the Loud House in recent memory. Midway through the second quarter, Mammoth forward Ryan Benesch dove into the crease and scored what appeared to be the Mammoth’s third goal of the night. The goal was later reviewed and overturned, but no one quite cared as everyone’s eyes were glued to Georgia’s crease where Ryan Benesch was loaded on to a stretcher after his head collided with the body of Georgia goalie Mike Poulin. Benesch was taken to get x-rays and was seen walking around the bowels of Pepsi Center after walking out of the x-ray room. He was ruled out for the rest of the game.

Finally, the last talking point has to be Eli McLaughlin. After a quiet start, McLaughlin made his presence known in the second quarter where he netted his first goal of the night. The Mammoth forward went on to score three goals and record two assists in the second half as he led the charge for Colorado.

Tonight was reassuring for all Mammoth faithful. The start to the season was disheartening, but recently Colorado seems to be finding their groove. For the first time this season, the Mammoth were able to win a game in which they were trailing at halftime, and they showed a lot of resiliency in the process.

Additionally, Colorado’s defense showed that it remains the key to Colorado’s success. The slow start from Colorado’s offense could’ve proven to be disastrous had the Mammoth defense not showed up to play today. Instead, however, Colorado’s defense held Georgia to only four first half goals and kept the game well within reach. Once the Mammoth found their groove offensively, the team took advantage and easily jumped out to a two-goal lead.

This season may not have started out well, but it’s also far from over. If the Mammoth continue to play with the same energy and resiliency they showed tonight, this season will end just fine.

Benesch on second quarter injury: “I’m a little stiff, but it is what it is, right? Unfortunately, I wasn’t allowed to come back in and play, but I’m just happy that I’m ok.”

Benesch on team’s play tonight: “It was a huge team effort. We might not have scored a lot, but we were playing really well…our defense was awesome and it showed on the scoreboard.”

McLaughlin on next week’s game at Saskatchewan: “I like where our team’s going right now…we just need to keep playing every game like we’re the underdogs.”

Colorado’s return home was short lived, as the team will now head on the road for four of the next five weeks. Next Saturday, the team will head to Saskatchewan to take on the defending NLL Champs for the first time this season.