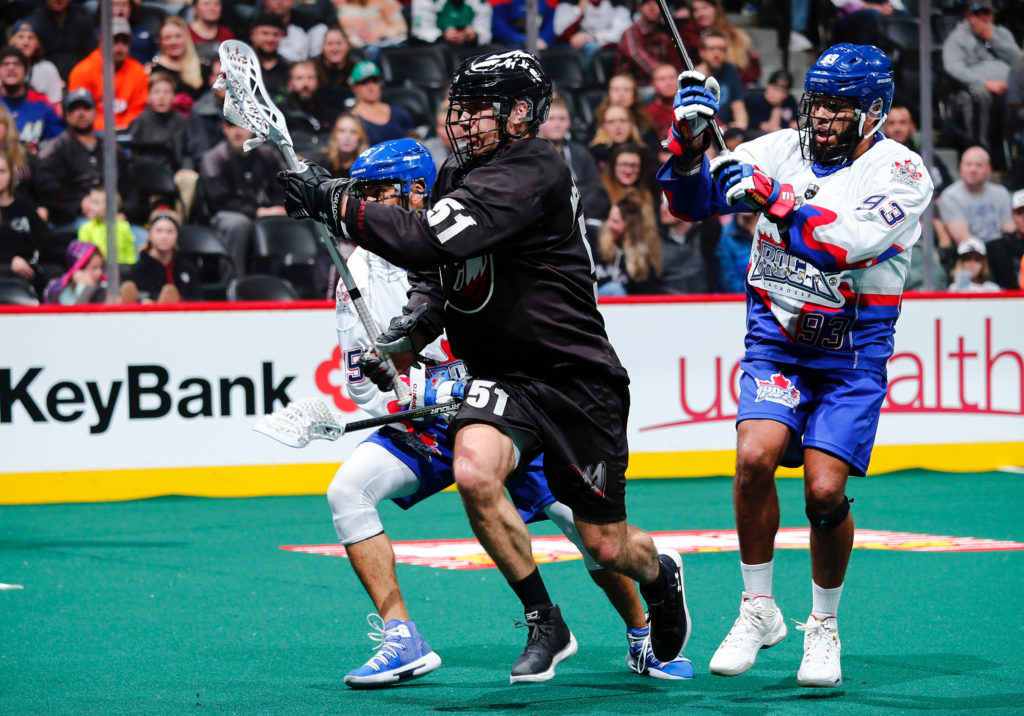 The first quarter started with Jacob Ruest getting Colorado on the board first just two minutes into the game. Toronto responded with three goals of their own scored by Rob Hellyer, Kieran McArdle, and Creighton Reid respectively. Sloppy offense kept the Mammoth’s offense dormant in the opening period as even simple fast breaks ended in dropped passes or turnovers. At the end of the first quarter, Colorado trailed Toronto by a score of 3-1.

The start of the second quarter brought more of the same from Toronto. Brock Sorenson scored two minutes into the period to extend the Rock’s unanswered streak to four and push their lead to three goals. However, Colorado calmed down and stormed back in its own way. The Mammoth finished the period on a 4-1 run powered by two power play goals. For the second time this year, the Mammoth found themselves tied with the opposition heading into the halftime break.

The third quarter proved to be an even one as both teams recorded 12 shots-on-goal and buried two of them. Current Toronto Forward and former Colorado star Adam Jones made his presence known in the third period by scoring both of Toronto’s goals. Heading into the final 15 minutes, the Mammoth and Rock found themselves deadlocked at seven goals apiece.

After jumping out to an early 8-7 lead to begin the fourth quarter, Toronto scored three unanswered goals in two minutes to take a 10-8 advantage. Eli McLaughlin’s 100th career goal stopped the Toronto run, but the Rock quickly responded with a goal that pushed their lead back to two scores. Jacob Ruest scored with just over two minutes left in the game to put things back within reach for Colorado. However, none of Colorado’s late barrage of shots found the back of the net as the Rock edged the Mammoth by a final score of 11-10.

It seems as though every Mammoth game this season has a quarter in which everything seems to go downhill. Sometimes it’s the second; sometimes it’s the third. Today, it was the fourth…kind of.

This Mammoth fourth-quarter skid (if we can even call it that) was nowhere near as bad as the skids have been in previous games. Giving up three goals is far from uncommon in this sport. Yet, those three quick fourth-quarter goals doomed the Colorado tonight.

With the loss, Colorado falls to 0-3 on the season. This is now officially the worst start in Mammoth history.

Despite the start, Dillon Ward expressed hope in his postgame interview saying, “obviously this isn’t where we want to be in terms of our record, but we’re getting into the meat of our season and as long as we continue to get better game-in and game-out, I don’t think we should have any worry.”

On another positive note, Colorado’s Eli McLaughlin scored his 100th career goal tonight in the fourth quarter. After the game, McLaughlin said he’s appreciative of the milestone, but he didn’t even know he had reached it until he checked his phone after the game.

With the loss, Colorado falls to 0-3 on the season. The Mammoth will be back in action against Calgary next Sunday at 1:00pm in their final home game ahead of a three-game road trip.