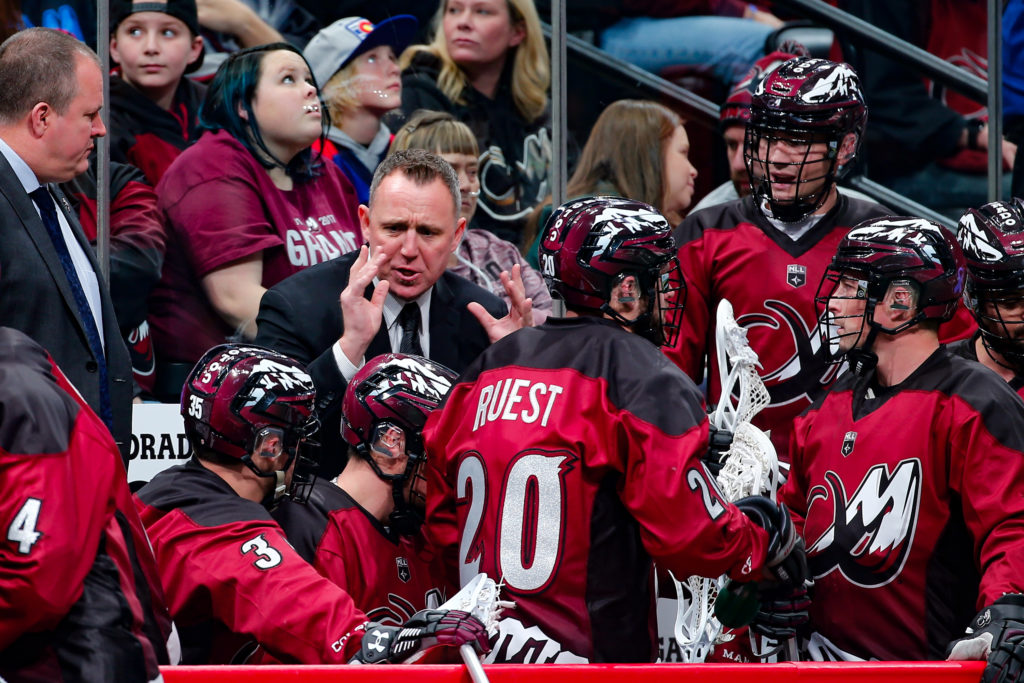 In the first quarter, Colorado struck first as Ryan Benesch scored early to record his 399th career goal. From there, the quarter was all about bad shots and good saves. Both teams struggled to get anything in the back of the net as the period finished with the teams deadlocked at two goals apiece.

The ghosts of seasons past came back to haunt Colorado once again tonight. It’s no secret that the Mammoth have struggled to keep themselves from digging gigantic holes during the middle quarters of the game. Periods two and three traditionally seem to give Colorado trouble and, like clockwork, those issues struck again. Colorado’s Jeremy Noble scored the first goal of the quarter before the Seals went on a 3-0 run to take a 5-3 lead. The Mammoth were able to stop the run before it got too out of hand courtesy of Ryan Benesch’s 400th career goal.

San Diego still held onto the momentum overall, though. They used this momentum to go on a 3-1 run to close the half. Colorado trailed the Seals by a score of 8-5 heading into the locker room.

The third quarter proved to bring more of the same from San Diego. Kyle Buchanan and Austin Staats both tallied goals 90-seconds into the second half. Ryan Benesch scored once again for Colorado – his third of the game – and jumpstarted the largest Mammoth run of the game. Eli McLaughlin, Taylor Stuart, and Jeremy Noble all found the back of the net and brought Colorado within one goal of San Diego. However, it wasn’t enough to fully swing the momentum back in Colorado’s favor as San Diego went on a 4-1 run of their own to close out the third period. Heading into the fourth, the Mammoth trailed the newcomers 14-10 overall.

The fourth quarter just wasn’t pretty for Colorado’s offense. The team scored only one goal in the final period, courtesy of Eli McLaughlin, while the Seals added on 3 more. In the end, Colorado fell to San Diego by a final score of 17-12.

What this game really boiled down to was offensive efficiency. Only 12 of Colorado’s 56 shots-on-goal found the back of the net. That’s only 21%. That means that roughly one out of every five Mammoth shots that were put on cage found there way past San Diego Goalie Frank Scigliano. You just can’t win lacrosse games with numbers that low. The offense was flat for a majority of the night as it was rare to see much off-ball movement.

Additionally, Colorado’s defense needs to clean things up before January 6th against Calgary. The defense generally stood strong throughout the game, but when they fell…they fell hard. If Colorado can prevent teams from going on so many runs throughout the game, they’ll be fine from this point forward.

All right, now it’s time for the good news.

Colorado proved that they can still score goals even when the offense is a little rusty. The fact that they recorded 56 shots-on-goal is pretty impressive. They just need to force more of those into the back of the net. Additionally, the Mammoth were able to share the ball really well tonight. Seven players recorded goals in this contest for Colorado.

Finally, we would be amiss for not mentioning that tonight was another successful Teddy Bear Toss. Jeremy Noble’s goal in the 2nd quarter sent thousands of bears flying onto the floor that will all be donated to a local charity.

The Mammoth will be back in action on January 6th here at the Pepsi Center when they take on the Calgary Roughnecks.