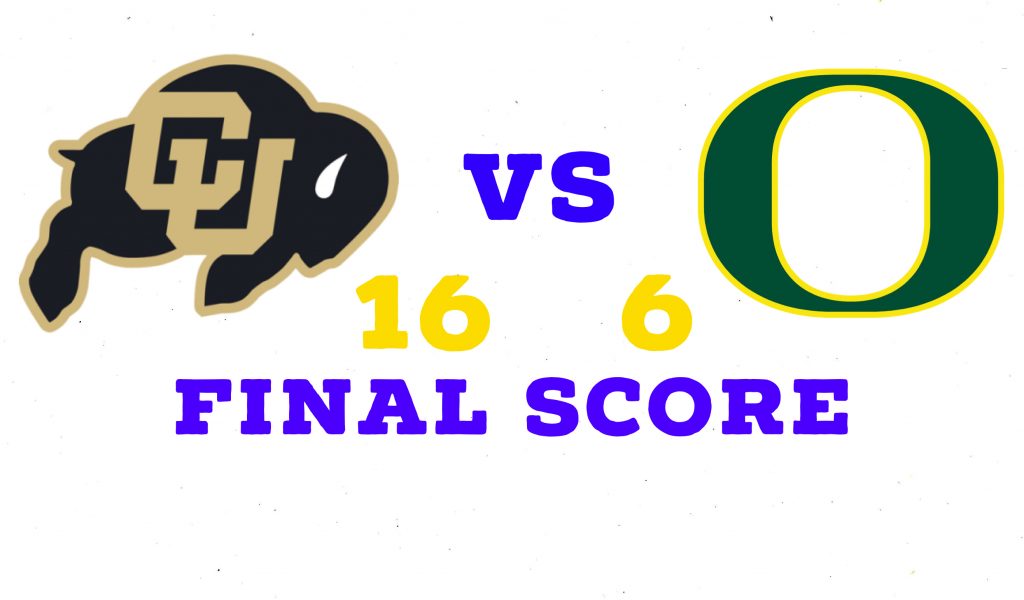 (BOULDER, CO) – In the first semifinal game of the inaugural Pac-12 Women’s Lacrosse Championship Tournament, the top-seeded Colorado Buffaloes defeated the Oregon Ducks to move on to the Pac-12 Championship.

In the first half, Oregon jumped out to an early lead courtesy of Jill Zubillaga, but Colorado’s lethal attack notched three goals in 5 minutes to give the Buffaloes a 3-1 advantage just ten minutes into the game. The three goals came from three different scorers (Collawn, Stinson, and Kiernan) as Colorado used every offensive threat it could find to jump out to the early lead.

Jill Zubillaga finally got one back for the Ducks 17 minutes into the opening half, but Jen Mistretta and Sophia Castillo helped Colorado extend its lead with two nice finishes on the crease. After an 8 minute scoring drought, Oregon finally broke through and got one goal back. The half ended with Colorado leading the Ducks 5-2.

By all accounts, the first half was the game everyone expected. The Buffs and Ducks battled it out to a two-goal game, with the higher seeded Buffaloes pulling out in front. While Colorado seemed to control play, Oregon was right on their heels.

Then came the second half that no one could’ve expected.

Much to the delight of Coach Anne Elliot and her staff, the Buffs came out swinging and scored a quick five goals in five minutes to take a 10-3 lead. Darby Kiernan scored her 200th goal as a Buffalo during the scoring onslaught and Sophia Castillo got the game’s first hat trick. The Ducks were able to slow the bleeding midway through the second half, but the deficit proved to be too much. In the end, Colorado came away with a 16-6 victory.

Sophia Castillo and Darby Kiernan led the team in scoring with three goals each for the Buffaloes. Julia Lisella got the win between the pipes for Colorado with 12 saves on 18 shots.

With the win, the Colorado Buffaloes advance to the first ever, Pac-12 Women’s Lacrosse Championship game where they will face the winner of today’s second semifinal game between the Stanford Cardinal and the USC Trojans.