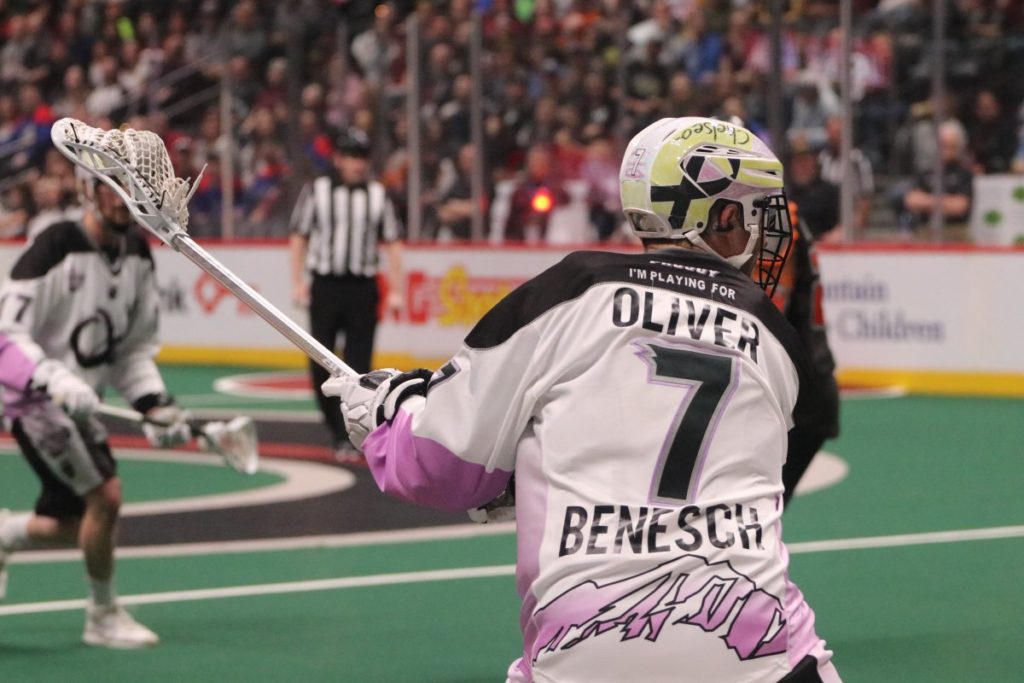 (DENVER, CO) – New England’s power duo proved to be too much tonight for the Mammoth as Colorado fell to the Blackwolves in a game where Colorado struggled to get anything going offensively.

When Callum Crawford was sent out to New England in exchange for Ryan Benesch, everyone knew New England was getting one of the league’s best forwards, but no one could have predicted just how lethal Crawford and fellow forward Kevin Crowley would prove to be together.

The duo tallied a total of nine points tonight for the Blackwolves, six of which were goals. Feeding off of Crawford and Crowley’s leadership, New England came out on top with a 10-6 victory.

In the first quarter, Colorado’s defense came out rusty to say the least. The Blackwolves jumped out to an early 1-0 lead thanks to Stephan Leblanc’s goal just 32 seconds into the opening period. A pair of goals from Crowley, coupled with one from Buchanan, allowed New England to jump out to a commanding 4-1 lead. Defensively, Colorado let the Blackwolves cut straight through the middle of the field, leading to multiple easy goals right on the crease.

However, Colorado’s defense was able to pull itself together in the second period and held New England to a mere two goals. Fancy footwork from Colorado’s Brad Self led to a nice goal to open the period and gave Colorado some much-needed momentum. Riding this momentum, Eli McLaughlin soared across the crease and buried a shot while diving past New England’s goaltender. When it was all said and done, Colorado trailed by three goals heading into halftime as the score rested at 6-3 in favor of the visitors.

No one was able to get much going offensively to start the third period as neither team tallied a goal for the first ten minutes. Two penalties, including a five-minute major, were assessed to New England to start the third period, but Colorado failed to capitalize and the score remained 6-3. Joey Cupido finally got the first goal of the second half for Colorado and cut New England’s lead down to only two goals. However, Kevin Crowley quickly answered and extended his team’s margin back to a more comfortable three goals. After trading back-to-back scores, the Blackwolves held a dominant 9-5 lead heading into the fourth quarter.

The fourth period proved to be a low-scoring, defensive battle as both teams played lockdown defense throughout the period. Noble netted one goal early for Colorado, but his efforts were not enough as New England ended up taking the game by a final score of 10-6.

Overall, this game marked a continuation of Colorado’s defensive woes. For the sixth game in a row, Colorado allowed their opponent to tally 10 or more goals. Additionally, a slow start plagued the Mammoth once again, as they never led today’s contest and only tied the game once early in the first quarter.

The Mammoth have now dropped three contests in a row and have won only one game out of their last five. Luckily though, the Western Division standings are locked in at this point, so Colorado doesn’t have much to worry about when it comes to this rough patch in their season.

The Mammoth will try to break this losing streak in two weeks on April 28th when they host the Toronto Rock for Fan Appreciation Night. Faceoff for that contest is set for 7:00pm.

The Mammoth will then head into the playoffs after clinching the second seed in the Western Division. They will host the Calgary Roughnecks in the single-elimination Western Division Semifinals the week of April 30th. The game will most likely be on May 5th, however, the league office will determine an official date and time after the conclusion of the regular season.