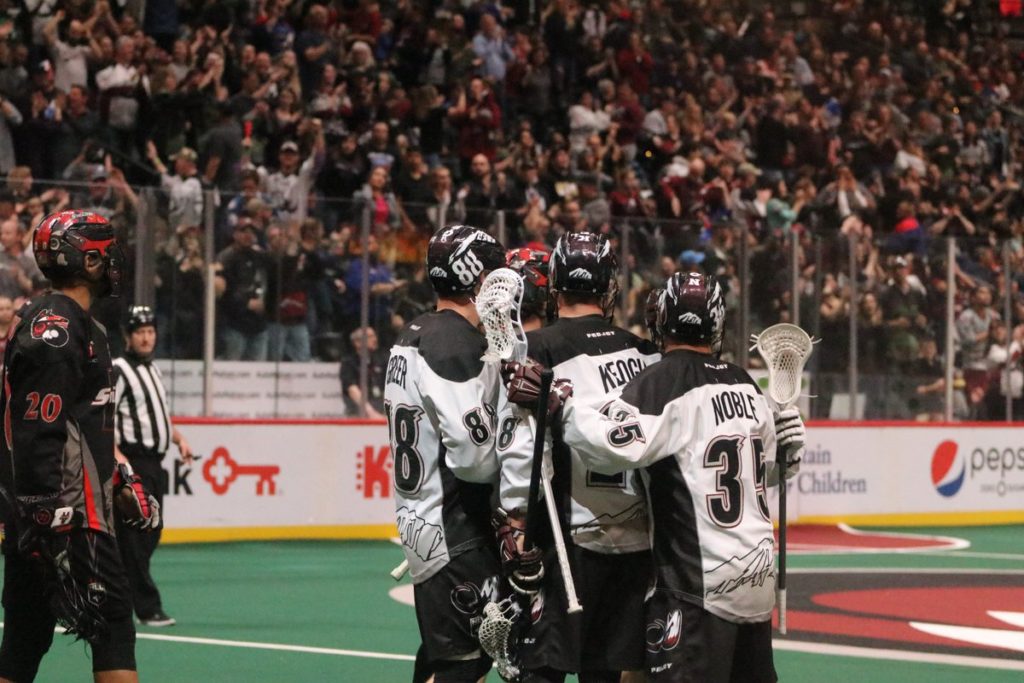 (DENVER, CO) – The league’s worst team came to Colorado and put on a show.

The Vancouver Stealth are 1-12. They haven’t won a game since January 13th. Yet somehow, they seemed to throw this Mammoth team into distress tonight. Granted, Colorado does not necessarily matchup well against Vancouver in various categories, but by no means should a game against this struggling franchise come down to one goal.

Maybe it was the extended pregame festivities. Maybe it was a bad pregame meal. Or maybe it was just an off night, but for some unknown reason, Colorado let Vancouver run away with the first ten minutes of the game. The slow start left Colorado trailing Vancouver by four goals with only five minutes left in the first quarter. However, Colorado got things under control from here on out and scored three unanswered to end the period and cut the deficit to only one goal.

Colorado tied the game at four goals apiece near the beginning of the second quarter. Ruest and Cupido scored two more to increase Colorado’s lead to two goals before Vancouver finally stopped the Mammoth’s six goal run. However, the Stealth stormed back and mounted their own run. When it was all said and done, the Mammoth and Stealth were tied at 7-7 heading into the halftime break.

The third quarter was a whole lot of the same. Still, after two and a half quarters of play no team clearly had established control of the game. The team’s contained to exchange punches throughout the period. Keogh and Ruest added two goals for Colorado, but Clelland and Cornwall matched their efforts for Vancouver.

Vancouver jumped out to a one-goal lead after breaking the deadlock early in the fourth quarter. Eli McLuaghlin’s behind-the-back goal jumpstarted Colorado’s offense and led to a 12-10 lead with seven minutes left in the contest. However, Vancouver would end up tying the game within the next 60 seconds. The Stealth’s game-winning goal came courtesy of a terrible shot from Pat Saunders that barely trickled past Colorado’s Dillon Ward. The game ended with Vancouver sneaking away with a 13-12 victory.

After the game, Mammoth defenseman Joey Cupido said, “We just came out flat. We weren’t ready to go at the start and it cost us tonight. I think we got back to our game plan after we dug ourselves a hole, and really played our game the rest of the way, but when you get off to a start like that you’re really behind the eight-ball and it’s an uphill battle.”

This loss hurts to say the least. But it’s not detrimental either. Fortunately for Colorado, this loss shouldn’t even be categorized as a setback. The Mammoth still have a playoff spot clinched. They still hold a winning record. One off night like this isn’t going to change the tone of this successful season.

With the loss, the Mammoth fell to 9-4 on the season. Colorado remains in second place in the Western Division.

The team will play three road games within the next two weeks before finding their way back to the Pepsi Center. The trip will take them to Toronto and Rochester on March 30th and 31st for back-to-back contests before closing with Saskatchewan on April 7th. The Loud House won’t be filled up again until April 14th, when Colorado hosts New England for Lacrosse Out Cancer Night.